Jehangir Ratanji Dadabhoy Tata or JRD Tata is known as the father of Indian Aviation. He obtained the first pilot license issued in India. He was also a world-known successful business mogul. Under his chairmanship, assets of Tata Group rose from $100 million to $5 billion. He founded many successful companies, few are TCS, Tata Motors, Titan Industries,Tata Communications, Tata Tea and Voltas.

Recently, Tata became the only Indian brand to enter the list of top-100 global brand at $19.5 billion.

JRD Tata was awarded with many prestigious awards, few are, the French Legion of Honor, Bharat Ratna and Padma Vibhushan. He was conferred the honorary rank of group captain by the Indian Air Force in 1948. Later, he was promoted to the Air Commodore rank and then to the Air Vice Marshal rank in 1974.

The Indian Parliament was adjourned on his death, an honor not usually given to non-members of Parliament. 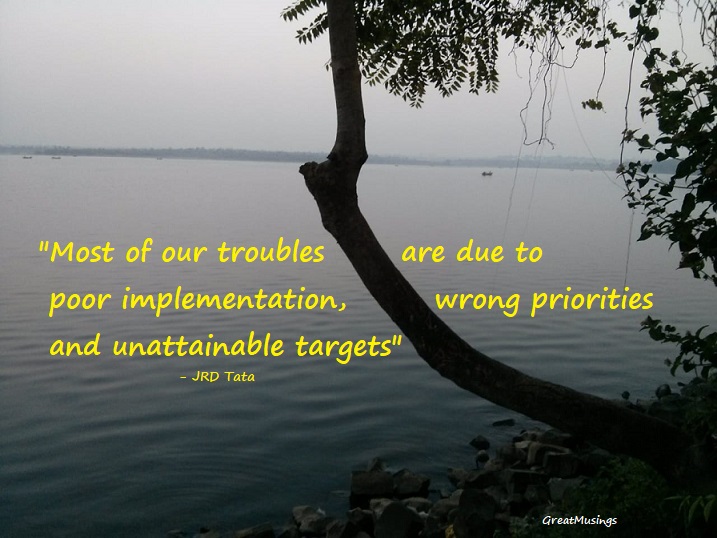 Execution is important. Set your priorities right and achieve your goals.