Albert Einstein is often used as a synonym for genius. On an average, a person has IQ between 90-120. But, IQ above 140 is considered as genius or near genius. Einstein had IQ above 160. After Einstein’s death, his brain was removed without the permission of his family. But later it was sent to various scientists around the world, to study the secrets of his intelligence. Here is an article  ‘The Tragic Story of How Einstein’s Brain Was Stolen’ on National Geographic’s website.

A part of Einstein’s brain is still on display in a Museum in Philadelphia, Pennsylvania. Click here to know more about it.

Einstein was born with a large head and had a speech difficulty during childhood. He even failed in the university entrance exam, scored exceptional marks in Maths and Science but could not clear other subjects. Most noteworthy, Einstein’s knack for Science and Mathematics made him the remarkable physicist. He published more than 300 scientific papers and more than 150 non-scientific works. He received numerous awards and honors including the Noble Prize in Physics.

“A ship is always safe at the shore, but that is not what it is built for.” 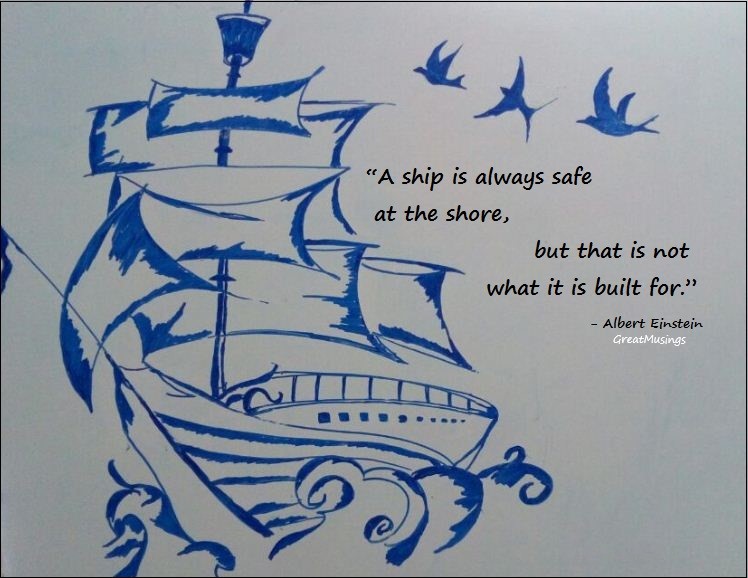 You are not made for comfort. You have goals to achieve, dreams to fulfill. So, step out of your comfort zone and face the storm.

Einstein thanked those who rejected his ideas.

“I am thankful for all of those who said NO to me. It’s because of them I’m doing it myself.” 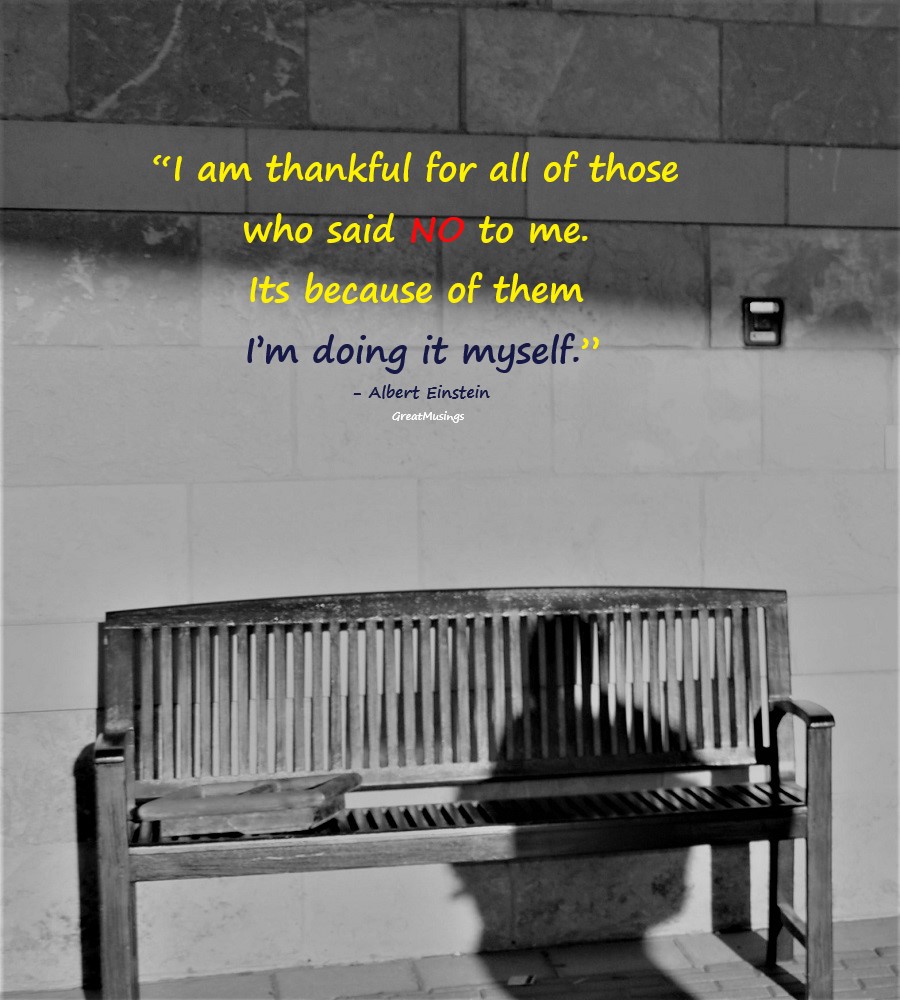 Not to worry if someone rejects you, it’s for your betterment. As it is said, ‘everything happens for a reason.’ This attitude will help you face rejection on the way to your goals.

Einstein had a great philosophical frame of mind and always used this ability to reflect on things happening in his day to day life. Here is one such reflection of the great scientist: 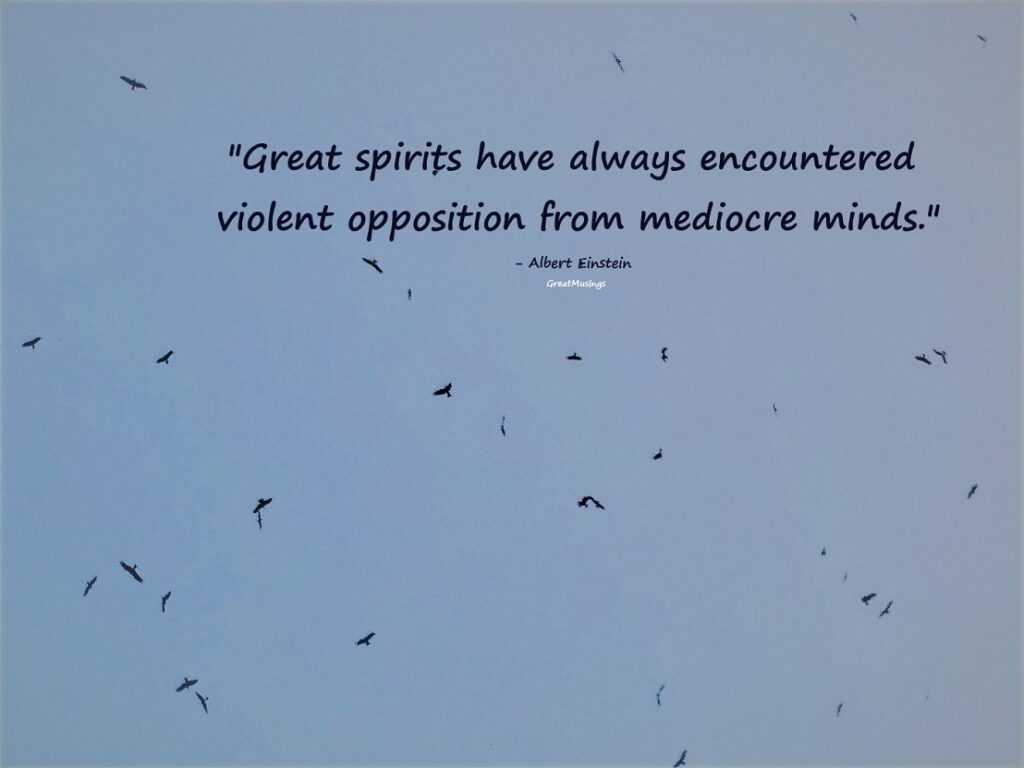 Do not worry, keep the focus on your goals.

A famous Indian proverb says that all five fingers are not equal. That is to say every finger has a different role to play and has its own importance. Had all of them been equal, we would never have got a functional hand like we have now. In today’s fiercely competitive world where everybody wants his/her child to be an all rounder, this reflection of Einstein on a person’s ability points to how we are killing the natural talent of children.

“Everybody is a genius. But if you judge a fish by its ability to climb a tree, it will live its whole life believing that it is stupid.” 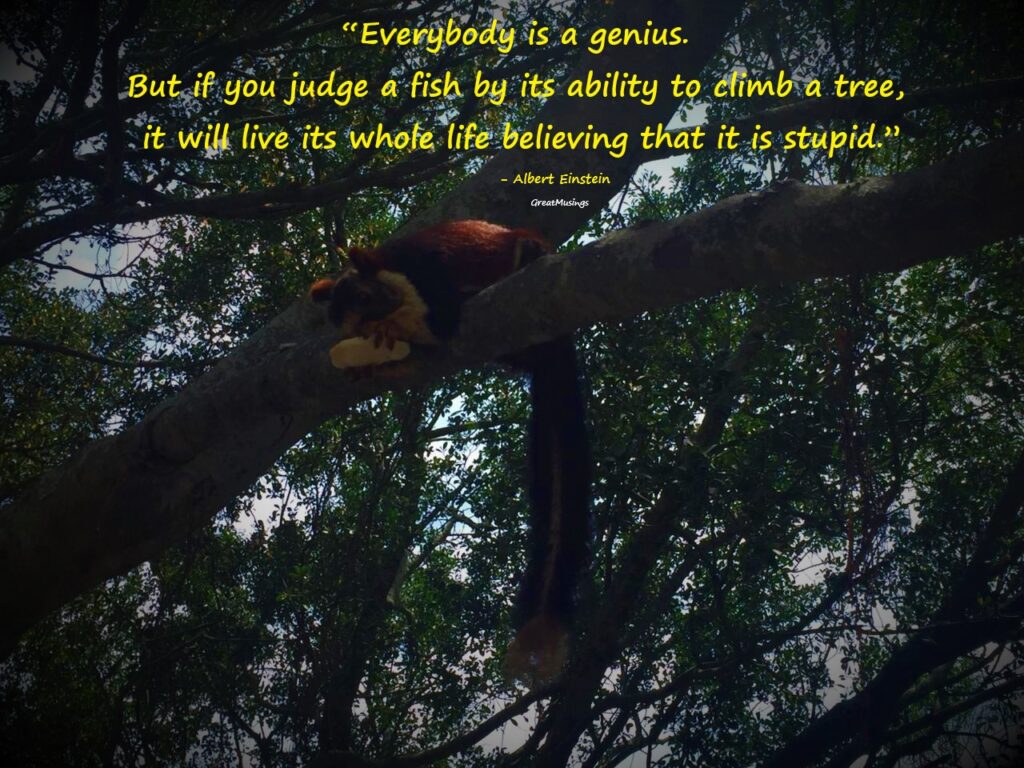 Everyone has a different ability. Most importantly, don’t compare your abilities with others. You were born to be you.

In conclusion, discover yourself and focus on what you are good at.

Let yourself be inspired by these and other powerful Great Musings with stories in brief.