Ratan Naval Tata is the world known Indian industrialist and investor. He is also known for corporate ethics. He is the creator of Tata Nano, the world’s cheapest car.

He received Padma Vibhushan, Padma Bhushan and several other awards. He is the first and only Indian to receive the ‘Knight Grand Cross of the Order of the British Empire’, one of the Britain’s highest civilian honours, since India became a Republic in 1950. The first Indian civilian to fly F-16 Falcon in 2007. He owns a Dassault Falcon 2000 private jet. He is a trained pilot and flies his own private jets and other jets owned by Tata Group. Tata Hall, a building at Harvard, is named in honour of Ratan Tata.

Most people dream of going on a private jet even once, to take the trip of a lifetime. Tata has managed to get himself to a level of success to own his own jets – a success level many business people can simply dream of.

He is a distinguished philanthropist of India. On 28th March 2020, looking at the need of hours, Tata Groups donated 500 Crore Rupees.

The COVID 19 crisis is one of the toughest challenges we will face as a race. The Tata Trusts and the Tata group companies have in the past risen to the needs of the nation. At this moment, the need of the hour is greater than any other time. pic.twitter.com/y6jzHxUafM

Ratan Tata started his career as a blue-collar employee. After few years, he was promoted to management. Later on, in 1991, he was given the responsibility of chairmanship. During 21 years of his leadership Ratan Tata expanded Tata group to unrelated businesses and made Tata a global brand.

There is a story of sweet revenge by Ratan Tata, from Ford . At one point of time, when Tata Indica was not gaining success, Ratan Tata and his team tried to sell it to Ford. But they faced humiliation, when one of the Ford official said, ” You do not know nothing, why did you start the passenger car division at all?” Ratan Tata then took the decision of not selling their business and in fact, made it a huge success. Nine years after that incident, when Jaguar and Land Rover was going through a rough patch, Ratan Tata decided to acquire the JLR brand. At that moment, Ford Chairman words were,
“You are doing us a big favor by buying JLR.”

4 Great Musings to inspire all

“None can destroy iron, but its own rust can.

Likewise none can destroy a person but his own mindset can.” 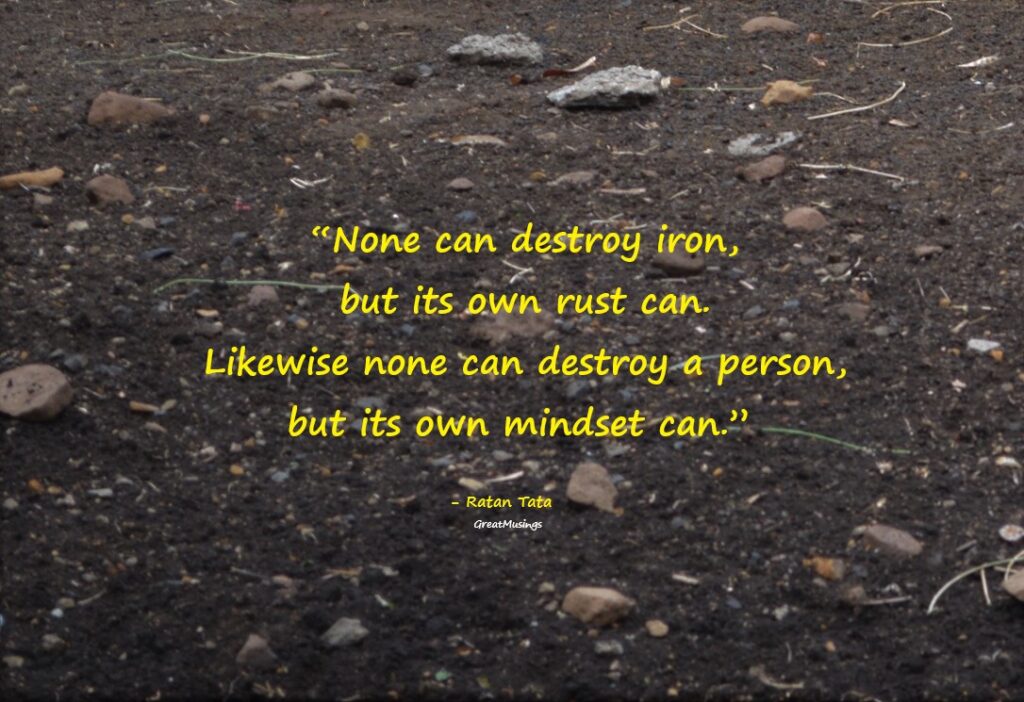 Ratan Tata believes that a person’s mindset can either make them or break them. 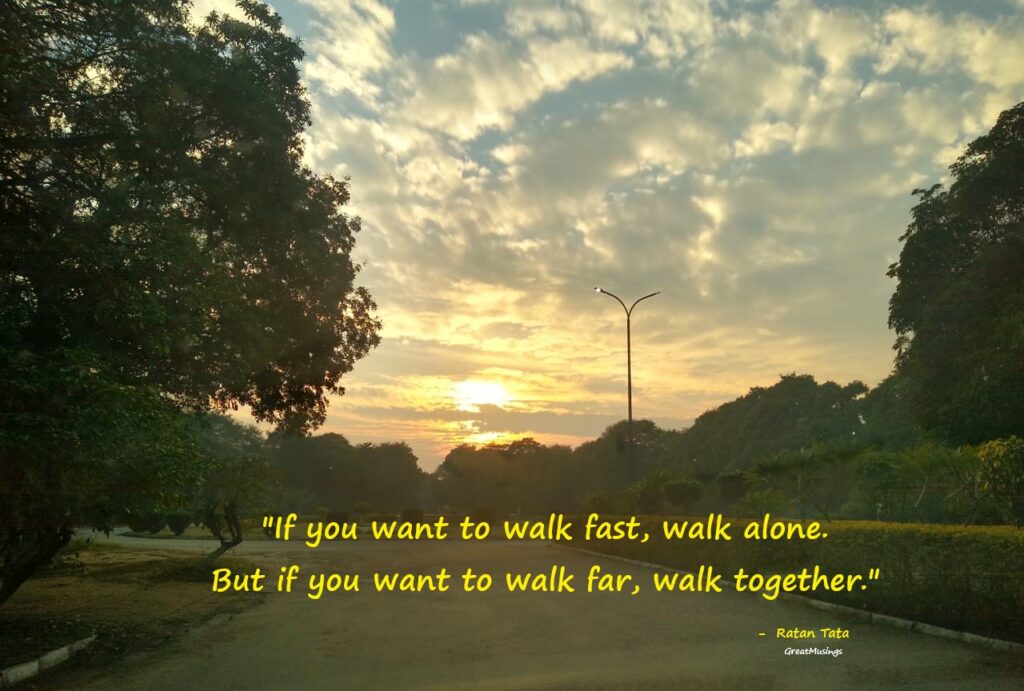 Teamwork can achieve greatness. The support system in team pulls off miracles.

“Ups and downs in life are very important to keep us going, because a straight line even in an E.C.G means we are not alive.” 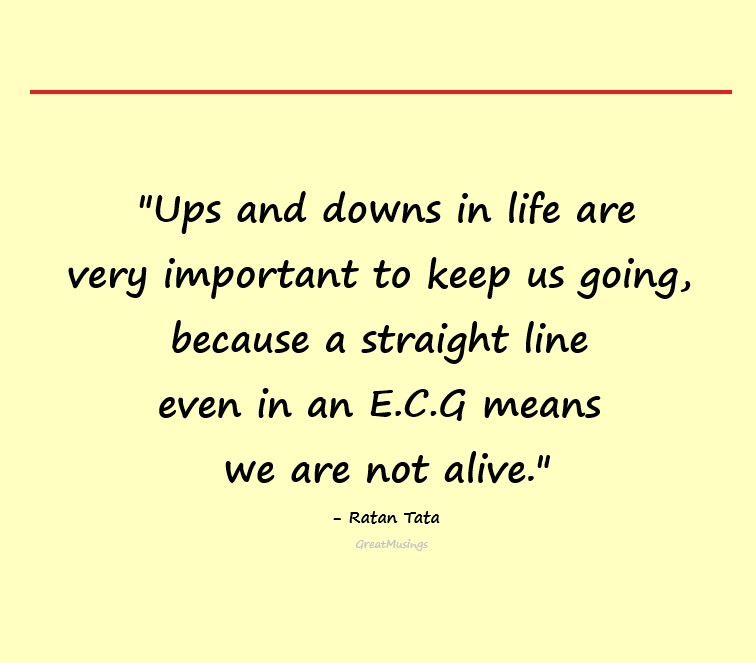 Accept the life as it comes and make every moment enjoyable.

“I don’t believe in taking right decisions. I take decisions and then make them right.” 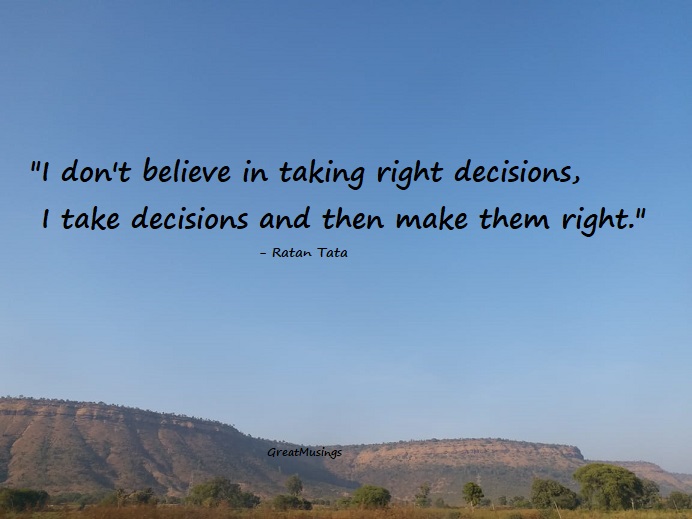 Decisions define destiny. People make courageous decisions based on where they want to be. Making right decisions is an indispensable skill.

An additional quote which is truly motivational:

“Don’t be serious, enjoy life as it comes.”

Get inspired by Musings of other people.