Born with no arms and no legs, Nick Vujicic chose to make other people’s lives better. He became the motivational speaker and inspires millions of people around the world. He motivates people through his non-profit organization ‘Life without Limbs’. People are influenced by his books and also through various talk shows and few movies.

Nick Vujicic received double Graduation. He uses his foot to write, operate computer and mobile phone. Nick can paint, swim, surf, play golf and football. He is blessed with four children and lives happily with his family. He earned several awards.

Nick believes everyone has the power to change his or her life’s circumstances.

One of his inspiration: 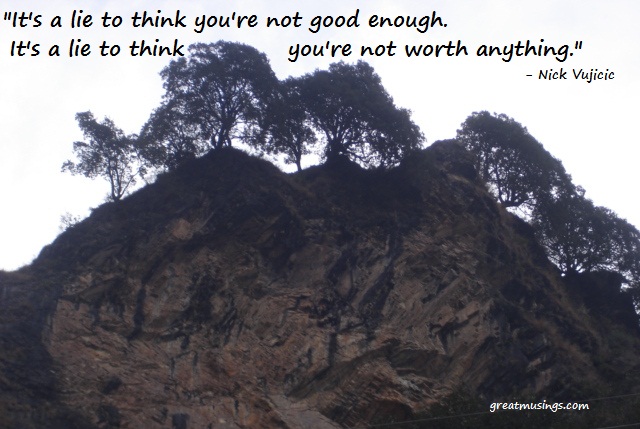 Believe in yourself. Be strong, overcome your challenges and have faith. Faith can move mountains.

Walt Disney on Dreams and Courage