The founder, chairman and CEO of Amazon.com Inc, Jeff Bezos, became the richest person on earth on Jul 27, 2017. He founded Amazon in 1994 as an online bookstore in his garage. The company has now become one of the biggest eCommerce and Cloud Computing company and operating in many other areas like video and music streaming. Due to the success of Amazon recently, it’s safe to say that Jeff Bezos does attract a lot of attention as the richest person in the world. 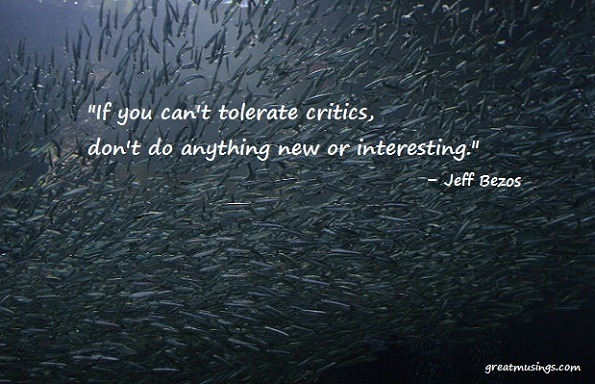 Bezos believes that if you are going to do something new or different, some people may interpret in their own ways and may not like it. This will lead to criticism. This should be considered a part of the process and one should not fear criticism. Criticism should be listened to carefully to find out if what the critic is saying is correct. It will help one improve.