Tim Berners-Lee is the father of World Wide Web. Timothy John Berners-Lee or TimBL or TBL is a British computer scientist who invented WWW, commonly known as the Web.  It’s an internet-based hypertext system.

‘Only smart people could use the internet, was the theory, so we needed to keep it hard to use.
We fundamentally disagreed with that, we thought it should be easy to use.’

In 1980, he joined CERN in Switzerland as an independent contractor. He realized sharing information with researchers in different geographical locations is not that easy. To ease this process, he thought of a project, based on a language for sharing text electronically that is hypertext. In March 1989, while in Geneva, he proposed a project to his manager and for the demonstration, he built a prototype system named  ‘ENQUIRE’. The proposal was accepted by his manager with a note ‘Vague, but exciting’.

The world’s first website, http://info.cern.ch, was launched on 6 August 1991. Later TBL admitted that the pair of slashes (//) in web addresses are useless. He said he could have designed URLs without them, but didn’t realize at that time. While designing the URL, it was like a comment, to start from there, as in coding.

“The original idea of the web was that it should be a collaborative space where you can communicate through sharing information.”

For his pioneering work, TBL has been awarded with numerous accolades. Few are listed here.

Data is a precious thing and will last longer than the systems themselves.

This year on 30th birthday of World Wide Web, Tim Berners-Lee shared his musings on webfoundation.org. He  asked every individual to stand up for the Web that can be free and safe for the whole World, through the Contract of the Web. 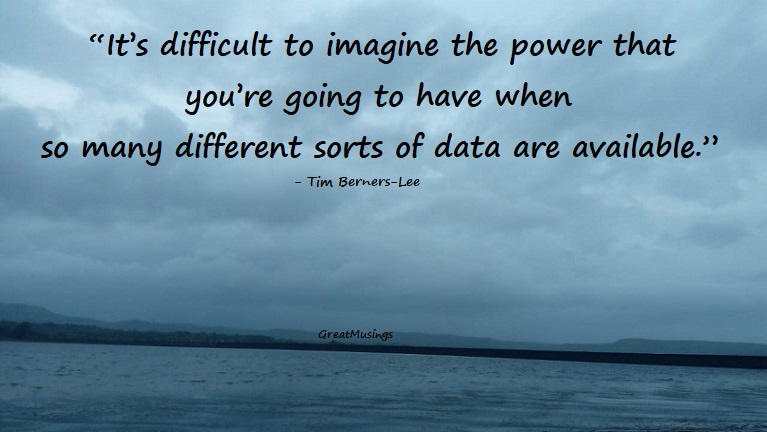 ‘Everyone is blessed with the power to Change the World. You can have a dream and it can come true. You just need the vision, dedication and hard work.’

Inspirational Musings Of The Most Successful Insurance Advisor In The World

Reading: Why Is It Important For Everyone?