“Essentially, leadership begins from within. It is a small voice that tells you where to go when you feel lost.

That’s what Azim Premji did. He quoted this musing from his life’s experiences. Azim Premji had to return from Stanford University to India in 1966, after he lost his father, at the age of 21. He was advised by few to take a comfortable job instead of taking charge of father’s business. Rather he took over Wipro which was then “Western India Vegetable Products Limited”, a cooking oil manufacturing company.

Under Azim Premji’s leadership, the company’s focus shifted to IT, software and consulting services. This year, Wipro is among top 5 notable IT companies in India, with revenue over US $8 billion. Wipro made it’s way to the Forbes Global 2000 list. It also entered into infrastructure and energy market. Wipro demerged all other businesses not related to IT, in separate companies, in 2013. Azim Premji is informally known as the Czar of the Indian IT Industry.

Azim Premji has been honored with Padma Bhushan, Padma Vibhushan. According to 2018 Forbes list of Indian billionaires, he is the second richest person in India. He is the first Indian to sign “The Giving Pledge”, a campaign to encourage wealthy people for philanthropic causes. He also founded Azim Premji Foundation,in 2001, with a vision to improve education in India.

Another famous quote on leadership… 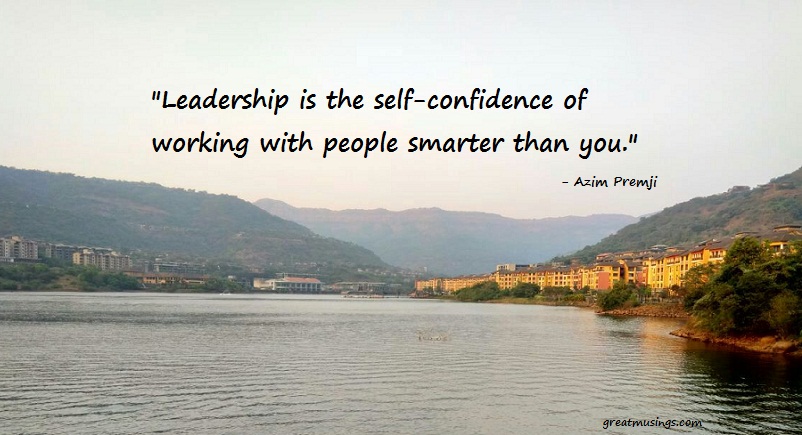 Surround yourself with people smarter than you. Expand your vision and increase your opportunities.