Warren Buffett, a successful entrepreneur is the legend in finance and business world. He is often known as the “Oracle of Omaha.”

A famous piece of advice to remember at all times, from this 89 years old ace:

“The most important investment you can make is in yourself.”

Age is just a number

An inspirational entrepreneur who is consistently holding his position in the world’s billionaires list.  Warren Buffett’s  investment philosophy:

He is also one of the top influential philanthropist in the history. Warren Buffett, the Intelligent Investor entered the billionaires list in 1982. And more important he maintained his position in The World’s Billionaires List. For more than 20 years, he is in the top 5 richest person in the World. During this same period he has donated more than $46 billion till date. He co-founded ‘The Giving Pledge’ in 2010.

Warren Buffett shared one of his life experiences saying:

“Risk comes from not knowing what you’re doing.”

Warren Buffett started understanding his interests in investing and business from early age.  A book named ‘One Thousand Ways to Make $1000’  inspired him at the age of 7. He purchased his first stock at the age of 11. He went on investing, working and made savings doing misc jobs. From the age 14 to 89, a graph of his earnings is shown below: 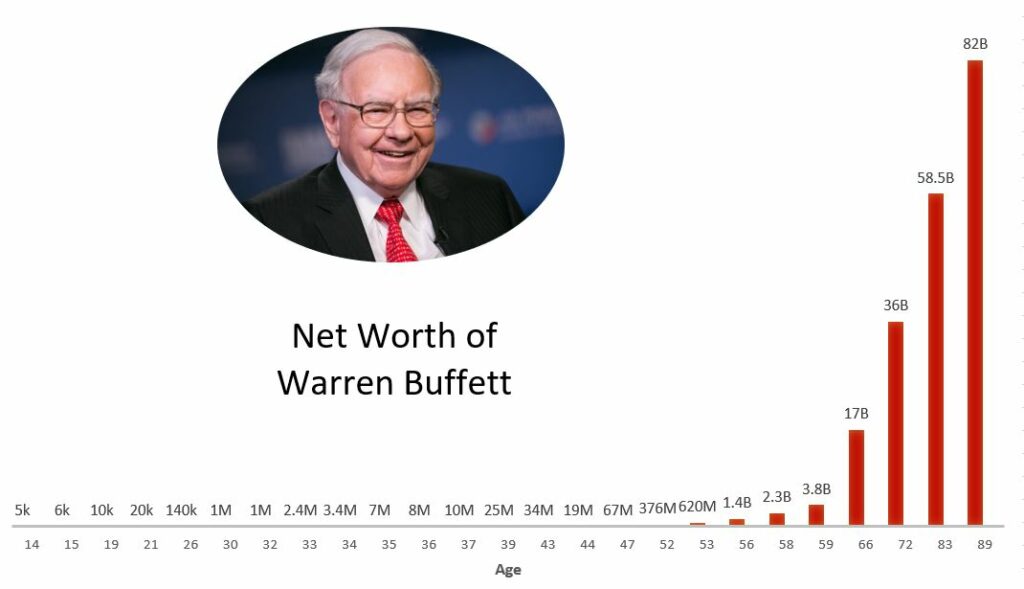 Warren Buffett is not only a successful entrepreneur but a self-made billionaire.  He took a Dale Carnegie Training to overcome his public-speaking fear. Although being one of the world’s great value investors, Buffett was rejected by Harvard Business School. He was then influenced by Benjamin Graham, ‘father of value investing.’  With his skills and experience, on average, he made $37 million a day, in 2013.

People are ready to pay enormous amount of money to have lunch with him. In mid of 2019, lunch with Warren Buffett was auctioned for over $4.5 million. Warren Buffett still lives in a 5 bedroom house that he bought in his late 20s.

Warren Buffett is an avid reader. He started reading 500 – 1000 pages a day and still spends 80% of his day reading. One of his Great Musings :

“It takes 20 years to build a reputation and five minutes to ruin it. If you think about that, you’ll do things differently.” 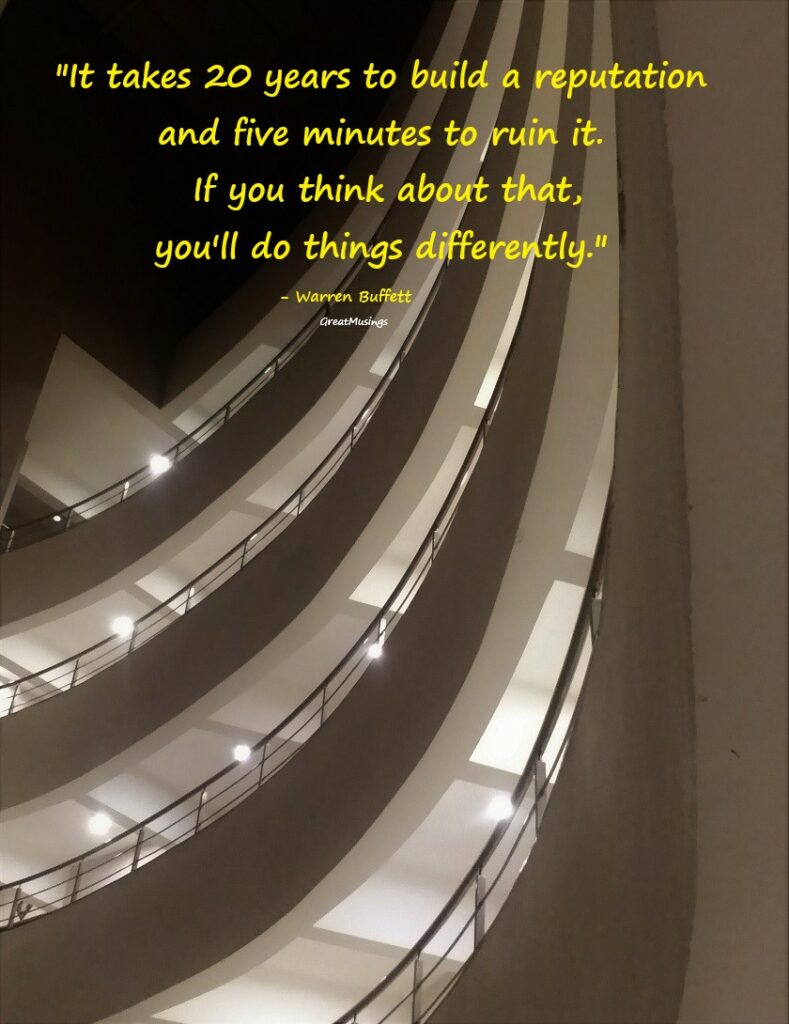 That’s an absolute truth. In a snap of a finger you can loose all your wealth and reputation. There is an infographic showing 8 of the biggest fortunes ever lost: How Billionaires Go Broke: 8 People Who Lost Almost Everything

It’s tough to earn a good reputation and above that it’s indispensable to maintain it in a life long process. So protect it at all cost.