“If you want something new, you have to stop doing something old.”

Peter Drucker, Father of management thinking, was an American-Austrian educator, consultant and author. His writings contributed to the philosophical and practical foundations of the modern business corporations. His more than 30 books, translated into 25 languages, helped people how to manage business.

A phrase originated by Peter Drucker and made famous by Mark Fields, then President at Ford.
“Culture eats strategy for breakfast” 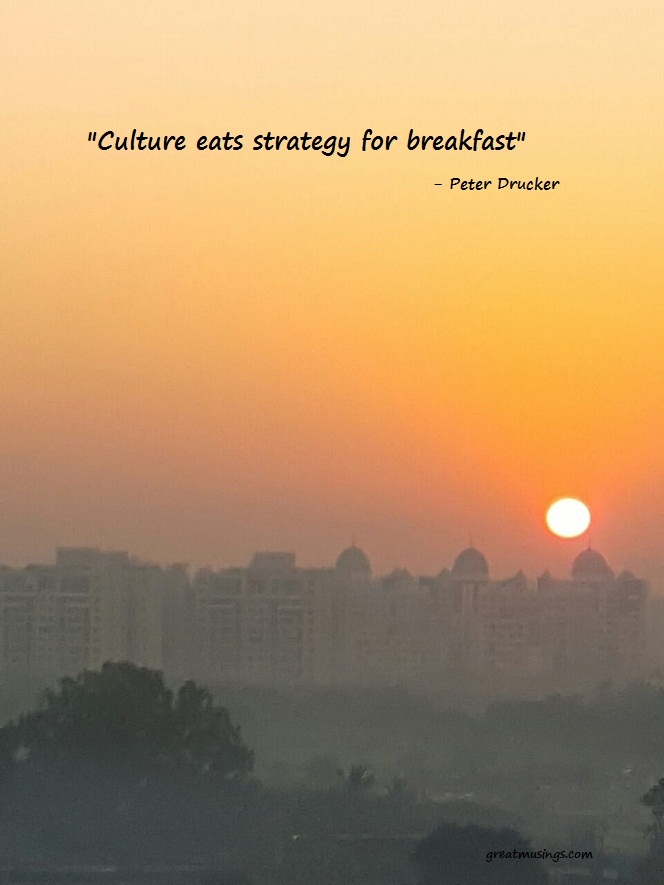