In my last post, I talked about ways of uncovering Ideas that can help go beyond incremental innovation. You can read it here. This post is focused on an analysis of Artificial Intelligence (AI) in terms of opportunities and threats.

In the present technology arena, Artificial Intelligence is one of the most popular topic of discussion. AI seems to be an exciting subject for Technologists, Entrepreneurs, Investors and even Governments across the world. Every group wants to harness the capabilities of AI. To me this buzz around AI looks somewhat similar to the Dot-com boom where everybody wanted to join the party. There is, however, one very important difference: Dot-com boom was fuelled by speculation and sentiments, whereas, AI buzz is based on solid technological understanding along with the possibilities it creates and also the fears it evokes.

Artificial Intelligence  can be broadly defined as the ability of a machine to interact with its environment. This interaction can be as limited as performing a specific task on a specific piece of data to performing various kinds of cognitive functions in the form of an information loop where the machine and its environment are actively involved.

Based on this definition, AI can be broadly classified in four categories. These are:

Rule based systems have logic coded within to handle a specific condition with a specific type of input/data involved. These systems have been around for a long time now and are not even considered as AI by many.

Automation systems allow a task or a set of tasks be automated. These are mostly the kind of tasks that are well understood and repetitive. In majority of cases, these tasks do not involve decision making or the decision can be made easily with limited outcomes. An example can be the Chat bots. Some companies are employing chat-bots that use Natural Language Processing to engage customers. These chat-bots, however, are generally able to handle very simple kind of interaction with the customers and need human intervention when the interaction becomes complex. They are, however, moving towards handling the complete customer interaction part.

In both the categories (1 and 2 above), the process is generally well understood and comprehensible for the human brain.

Capability Augmentation systems aim to enhance human capabilities through use of AI. These systems use Machine Learning that involves training on (preferably ) a large amount of relevant  data (e.g. sales data of items in a departmental store). The data is supposedly holding patterns that the human brain is not able to detect and decipher. Capability augmentation systems identify these patterns and help predict the future behaviour of customers (e.g. inventory suggestions for store for a certain month). This prediction is based on certain attributes and is used by humans to make decisions.

Autonomous and Self Aware system would be the one that has learned enough to analyse and handle all aspects of the environment around it. It would interact with the environment and use the cognitive capabilities to take decisions and interact further. Our thinking about the Autonomous AI has been majorly shaped by Hollywood movies that show an almost indestructible Robot that is in relentless pursuit to finish human race from the face of the earth or that has successfully converted human beings into batteries to draw power from.

In my opinion, we are still decades away from Autonomous AI. Also, its the humans who are creating these artificially intelligent systems. Before the Autonomous AI comes into existence, we will have enough time and know how to prevent it from becoming the omniscient, omnipotent tyrant. 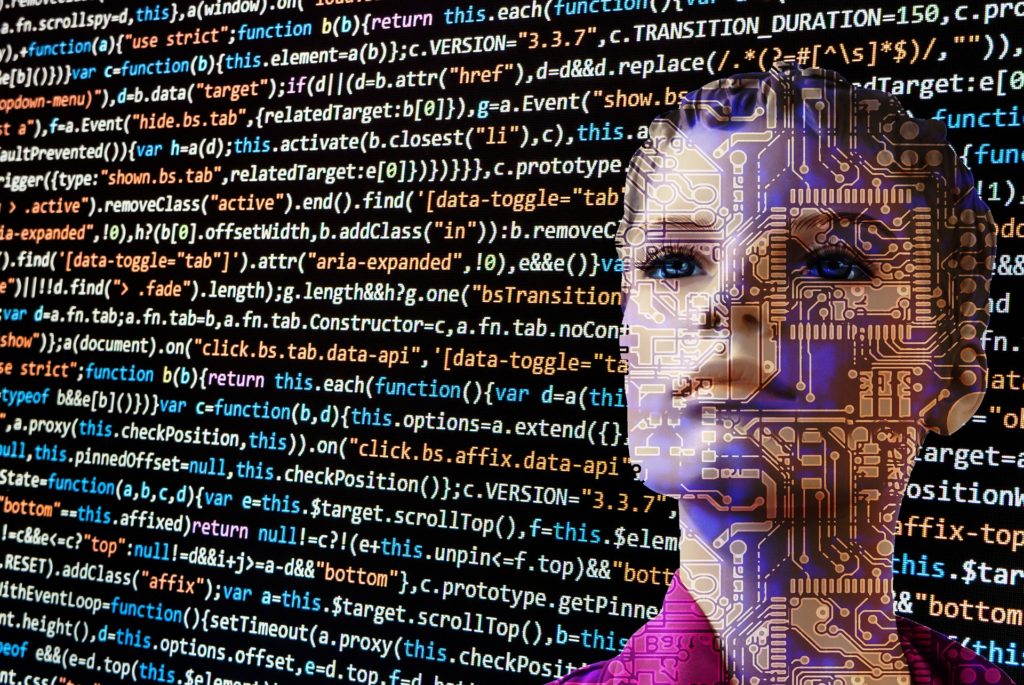 Other than the Hollywood induced fear of destruction of human race, another fear associated with the AI is the potentially huge number of job losses it will cause. Every technological advance comes with both positive and negative impacts. While the negative impact is obvious, direct and visible in the present, the positive impact, majority of time, is indistinct, indirect and hidden in future.  This is what causes us to focus and worry more about the negatives associated with a technology advance.

When I was in school during late 1980s, computers were getting introduced in offices. I used to see banner and wall graffiti warnings about computers causing job losses in India. There was a campaign against computers by some groups. Today, we see that computing technology has opened many new avenues for India and the world & has created many more jobs than what it (speculatively) took away.

The fears about AI transition is that it is going to happen at a much larger scale given its digital nature. But the scale would be huge for both positives and negatives of AI and there is an opportunity to harness the positives to reduce the negative impacts it may cause.

AI will create new kinds of jobs that do not exist today. It has already created a category called Data Scientist that was not earlier present in the computing industry. While the automation aspect of AI threatens the routine operational jobs, the capability augmentation aspect makes us more intelligent and achieve more than what we could have achieved without it. In healthcare, AI has already started showing its positive impact in the form of application like Disease diagnosis, Drug Discover, Personalised treatment and is helping save lives.

On the research side, AI has been helping researchers explore the boundaries more efficiently and easily. This article in “The Verge”, explains how AI is helping discover new materials. Every new discovery/invention opens more new areas. If in near future, AI makes inter planetary and interstellar travel possible, would it create new jobs that do not exist today? It certainly would. It is like how all the jobs associated with the aviation industry got created after airplane was invented.  There are many such areas that do not exist today, but would come into existence with new advancements in (AI) technology.

A job exists to create value. A worker that works in a factory or an office is creating value. AI is aimed at more value creation and creating value more efficiently. So, the jobs debate is not about value creation, it is about the distribution of the benefits associated with the value being created. When a manual job gets transformed into an automated one, the person performing that job will become redundant and may lose his/her job.

While use of AI will create a certain economic advantage, job losses will lead to social turmoil. One way to avoid job losses is planned upskilling of staff so as to make them ready for the next level of jobs. While companies focus on automation AI, they should also consider possible capability augmentation AI that can help their staff perform in the next level jobs. This will facilitate smooth transition to AI while reducing the social turmoil it may cause.

The Society, Industry and Governments will need to work together to address cases where upskilling is not possible and an alternate employment for the affected group of people is not available. Bill Gates, the founder of Microsoft Corporation, has floated the idea of ‘Robot Tax’. Gates has suggested to tax AI at a rate similar to what would have been for the worker that was replaced by the AI.  The tax revenue so generated can be used for further employment generation, education/upskilling and social security of the impacted group of people.

AI is probably the biggest technology evolution after digital computing and will open more avenues that are hitherto unseen. It is already helping improve productivity by automating repetitive operation intensive jobs. Society needs to plan to address the socio-economic impact of AI.

Use of AI in new areas of research is helping researchers make rapid advances. We should utilise AI to augment our capabilities instead of worrying about the day when a self aware AI takes over.

Innovation: The Importance of Active Listening

Innovation: The Art of Seeing Beyond the Visible