India is world’s 7th largest country by area with second highest population. Along with this huge size (both in area and population) India has a lot of diversity in terms of languages, social status and economic well being of her citizens. Due to insufficient penetration of technology and huge size, India did not have a lot of data on different aspects of how the country is running. India was called a data poor country.

As there are people with different economic status, a section needs the social security benefits/subsidies from the government. These benefits need to be transferred to them from the state and central governments. According to an estimate, India transfers close to 3.6 lakh crores (3.6 trillion) rupees every year as benefits to her citizens. These subsidies needed to be routed through the usual bureaucratic channels. The traditional channels posed two problems to the transfer of benefits:

This inefficient system was hemorrhaging India as a lot of subsidy money was leaking. On one end, those who needed support were only getting a fraction of it and on the other end, corrupt system was flourishing. It was a double whammy. India needed a solution to ensure the benefits go to the right people without leaks. It needed the identity of the beneficiaries to be correctly determined. The solution had to be based on technology to be scalable and transparent at the same time.

The need for ascertaining the true identity of citizens was first felt after the Kargil war in 1999. Noted Defence Analyst K Subrahmanyam led a committee to review the events and conditions that led to the Kargil conflict between India and Pakistan. One of the recommendations of the committee was to issue a multipurpose identity card to Indians living close to the border areas. The idea was that it will help identify the illegal immigrants. It was later suggested in a report published by the Empowered Group of Ministers in 2001 to extend this ID program to the whole country.

While the report in 2001 was more from the point of view of internal security, it was very clear that the national ID can be used to address the problem of corruption in transfer of benefits/subsidies to the citizens.

On 28th Jan 2009, the Government of India established the UIDAI (Unique Identification Authority of India) to implement the national ID project. The project was to be led by ex Infosys Chairman and noted Software Industry leader in India, Nandan Nilekani. A team was formed with various other experts joining the effort on pro bono basis. 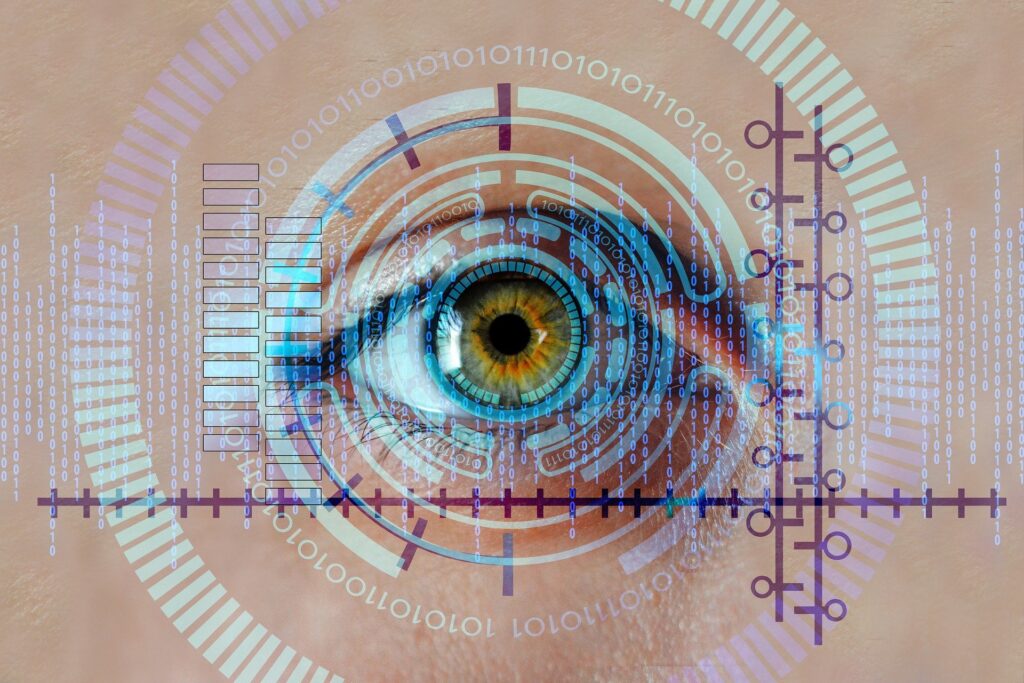 The India Stack is a set of open and interoperable APIs for 4 layered system where each layer provides a functionality useful in everyday life. Developers have written a number of apps making it possible for users to access the functionality with nothing more than a smartphone having internet connection. These layers are:

1- Digital Biometric Identity (Presenceless) Aadhaar Layer – Allows the owner to prove his/her identity by scanning thumb print and/or iris of the eye. The biometric device connects to Aadhaar database and confirms the identity of the person. No paper proof is needed. The framework also gives the owner an ability to e-sign a document. Thus obviating the need for wet signature. One of the most empowering feature of the Aadhaar layer is the eKYC (know your customer).

3- Digital Unified Payment (Cashless) Layer – Anyone with a bank account can send money to any bank account in India. In this layer, the Smartphone replaces the Debit card and POS (point of sale) machines. It makes a very affordable contactless payment option. In case cash is needed, same can be withdrawal from a payments bank using Aadhaar authentication. This needs just three inputs from the user

4- Consent (to share data) Layer – A private data sharing layer that seeks the consent of the owner before sharing any data with any other org or entity. This is generally applicable in case of lending. It will allow user to share his/her personal tax data at a granularity of his/her choice with the lender. This data is shared to ascertain the credit worthiness of the user. This layer is important from the data security point of view and givers the owner complete control over sharing of data.

The Government of India as part of its Financial inclusion program started the PM Jan Dhan Yojana to ensure that every household has a bank account. These bank accounts are opened with the Aadhaar identity and are seeded with the Aadhaar number of the owner. With the mobile telecom proliferation in India, the mobile phones became easily available. These bank accounts are also seeded with the phone number of the owner. Together, the Jan Dhan Account (J), Aadhaar Identity (A) and Mobile number (M) formed JAM foundation of the India Stack. The JAM has allowed India stack to achieve its primary objective of plugging the leak in subsidy/benefits transfer to the general population. Now the money is directly being transferred to the accounts of beneficiaries in a completely transparent and efficient manner. This mass transfer of money happens using the services like the Aadhaar Payment Bridge. The beneficiaries get instant notification of money transferred to their account.

In this series on Innovative India, I had earlier written on how the R&D landscape in India is changing for good. You can read that article using the link below.

Every section of society has got benefited from Innovation of India Stack platform. There is a huge amount of productivity gain that has come to individuals, businesses and the government as well. Many services that needed one to be present in person are now possible with Aadhaar authentication. The payments interface has particularly helped individuals.

With Aadhaar and other services like the Digital Locker and UPI of India Stack, individuals don’t need to hassle for an identity proof any more. There is no need to rush to the bill payment centers and banks for paying the utility bills anymore. Some of the major benefits for individuals are:

Businesses got much needed boost in terms of productivity gain by using the India Stack for eKYC. The eKYC has reduced the cost while speeding up the service. But, there is something else that the India Stack has done for very small businesses. It has created a framework that can enable them get micro credit for their businesses from banks and other financial institutions. Earlier, these small businesses had to go to the lenders in the market to get the loans on high interest rates. With India Stack, the credit worthiness of someone applying for a loan can be easily ascertained by the system. Earlier. these small vendors and businesses would either not get the loan or get it at a very high interest rate. The main hinderance was the lack of a way to ascertain their credit worthiness. Also, the cost of onboarding the customers was high so it didn’t make sense to indulge in microcredit loans. India Stack layers working together have addressed both these problems.

Most of these productivity gains have been made possible by eKYC.

To help the MSME (Micro, Small and Medium Enterprises), the government of India has started the Udyog Aadhaar scheme. When an MSME registers under Udyog Aadhar, it gets the bank loans at a lower rate, rebates on tariffs, eligibility of government subsidies, setting up of business at lower costs and so on.

In a nutshell, the India Stack provide layers facilitate a way of innovating keeping the identity and payment at the center.

The biggest benefit for the government is eliminating corruption by plugging in the leaks in benefit transfer. The charts below explain how the India Stack platform has empowered common people by ensuring they get the benefits meant for them.

With Aadhaar identity and PMJDY, government is able to weed out ghost identities that were pilfering the resources. Here are couple of articles that talk about how Aadhaar has helped remove the ghosts from government benefits/subsidy program. But, the Aadhaar identity is also helping unite the missing children with their families.

The next big impact of Aadhaar is expected to be on Benami Property. Benami property is generally property coming out of corruption or theft of income tax. The property is registered in the name of a ghost identity that doesn’t exist in reality. Once the Aadhaar identity linking to property records is made mandatory, it will help identify benami property.

India Stack is an effort towards formalizing the informal portion of Indian Economy. The self sufficient open API framework has become a platform for developers to write apps for Education, Fintech and Healthcare sector of Indian economy. This platform opens many new avenues creating opportunities for entrepreneurs to create more value adding products and many new jobs.

According to a report published by the McKinsey Global Institute the countries implementing a Digital Id would be able to add 3-13% additional value of their GDP by 2030. With the system cleansed, the benefits from the government will directly reach the true beneficiaries and help alleviate poverty. India Stack layers are inspiring new businesses like the Payments Bank and creating jobs while helping improve the overall productivity of our system.

There are many more stories on how the various layers of India Stack have created a digital framework that is positively impacting the lives of Indians on a regular basis. I have not talked about the GSTN in this article at all. Will do a separate piece covering it.

Lastly, India Stack has shown a new way for Indian Economy to leverage its hidden potential through the platform approach.