‘The Patriotic Saint of India’, Swami Vivekananda was  an orator, a poet and a writer. He was born as Narendranath Datta. His teachings are still followed worldwide. He represented India, at the World Parliament of Religions, in Chicago in 1893. He is remembered for the opening words “Sisters and brothers of America….” and received a standing ovation from the audience.

He had the ability to speed-read. He had outstanding concentration power and prodigious memory. Several incidents took place in India and abroad where people tested his memory and concentration.

One of the great musings of Swami Vivekananda: 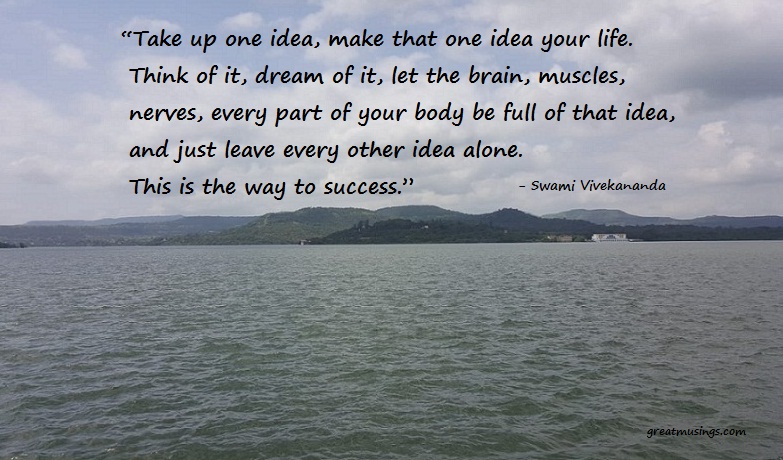 Success is an outcome of focused thought and action. Stay focused and achieve your goal.